Rebel: a person who resists authority, control or tradition. For two decades, Lansing’s Michael McCallum has been living by his own rules —  either by writing scripts with a pen and pad, acting in front of the camera, or calling shots behind the director’s chair. His visions have found life through his Lansing film company, Rebel Pictures.

Growing up in Lansing, McCallum caught the entertainment bug at an early age.

“What I have been told is I was pretty precocious as a kid,” McCallum said. “I spent a lot of time around adults — my folks and their friends would have game nights . . . I would do impersonations of them, and their favorite actors.”

McCallum also loved movies growing up. He cites “The Star Wars Trilogy,” “Raiders of the Ark,” and all things Chevy Chase as some of his early favorites.

Thanks to his parents, especially his father, he also has a deep love and appreciation for classic music.  The Ronettes, Beach Boys, The Rolling Stones and Elvis were staples in the McCallum home.

“The theatre director had a really intense two-year-program that you had to interview to get into,” he said. “She really wanted people serious about the craft to get into this.”

McCallum recalls one his favorite experiences from his time at LCC.

“There was a film class that was being advertised. It was a documentary class — the main reason I wanted to go was the teacher who taught it had a van, and they traveled out west to L.A.,” he said.

McCallum and 10 other students spent time in Los Angeles. One of their more memorable stops included a visit to Warner Brothers movie studios.

In addition to working on their assigned short films, the students were treated with a tour of the studio. They were fortunate enough to catch a glimpse of movie trailers for the upcoming films “There’s Something About Mary”, “Ever After” and even saw unedited scenes from  “American History X.”

After learning the basics of film-making from LCC, McCallum decided to do some hands-on work and acted in as many short films as possible.  He described the movies as some of the worst in the state at that time.

“I loved the experiences I got from the shitty ones,”  he said.  “It was like learning from a bad relationship . . . I don’t want to go back to that.”

Following his stint of bad performances, McCallum paired with like-minded individuals to work on a film called “Money, Guns and Coffee.”

After working on “Money, Guns and Coffee,” McCallum would scrounged up all the funds he could to start building his dream, which became Rebel Pictures.

From 1999 to 2006, McCallium, now with a newfound purpose, started piecing together his first feature film for Rebel Pictures, called “Fairview St.” McCallum learned an important lesson during this time: not everyone in the business is there to lend a helping hand.

“Some of the people that were working with me at this time turned their back on me,”  he said. “I think part of it was an ego thing where they were a director . . . and they didn’t understand the story or were nitpicking at it.”

After that incident, McCallum was very selective of the people he wanted to work on his team.

“That was the start of how I work now collaboration and not compromise,” McCallum said.

One of the collaborators McCallum chose to work with was a Grand Valley State University film alum, Kristian Bringedahl.

“I worked with him (Bringedahl) on a webseries through GVSU called “Lucky Jay”, McCallum said. ‘”By the end of the shoot . . . the best compliment I gave him was I want you to work on Rebel Pictures.”

Aside from friends, the heart of Rebel Pictures is the relationship between McCallum and his father, William.

“He is not just my father and my best friend — he is a creative partner,” McCallum said. “We bounce ideas off of each other — any time I have trouble working through a story we just sit and talk.”

McCallum’s father has also acted in many of Rebel Pictures films including “Buffalo,” “Fairview St.” and “Breaking Wheel.”

For 20 years, Rebel Pictures has created films spanning all genres, whether it is the black and white noir film of “Fairview St.”, the dark comedy “Handlebar”, a film about romantic relationships with “Lucky”  or the heartfelt drama of “Buffalo.” McCallum doesn’t like to be pigeonholed with his choices. 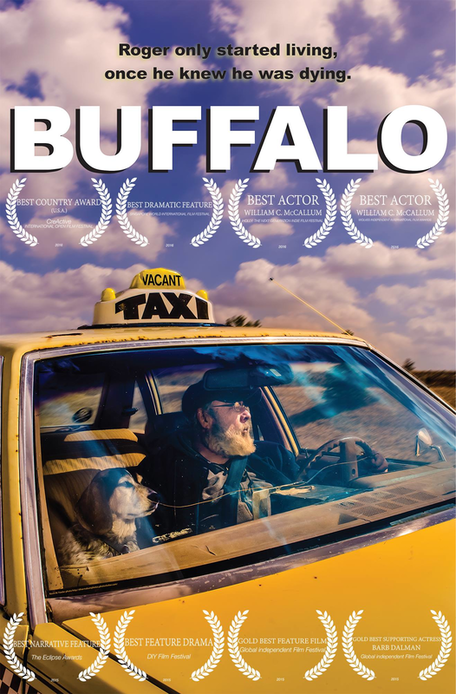 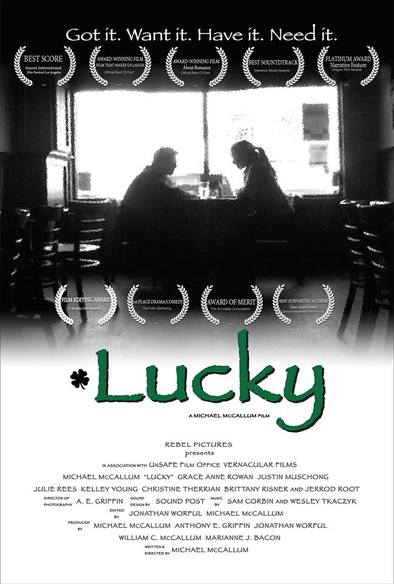 “I don’t want to feel tied down to one genre,” McCallum said. “When it comes to Rebel Pictures, I have to answer to two things: time, and the stresses of raising money, and that is it.”

Since its inception in 1999, Rebel Pictures 27 films has earned a total of 170 awards, received 182 nominations, and have been played in 365 film festivals nationally and internationally.

Showing no signs of slowing down, McCallum has several projects in the works including “Reverb,” a Sci-Fi Twilight Zone inspired picture, a music video for a band in Grand Rapids called “Love and Kindness,” and two feature films, “Red Light Lullaby,” and “Polar,” both starring McCallum’s father.

McCallum’s films are available for rent online or a by DVD purchase at REBELPICTURES.NET.